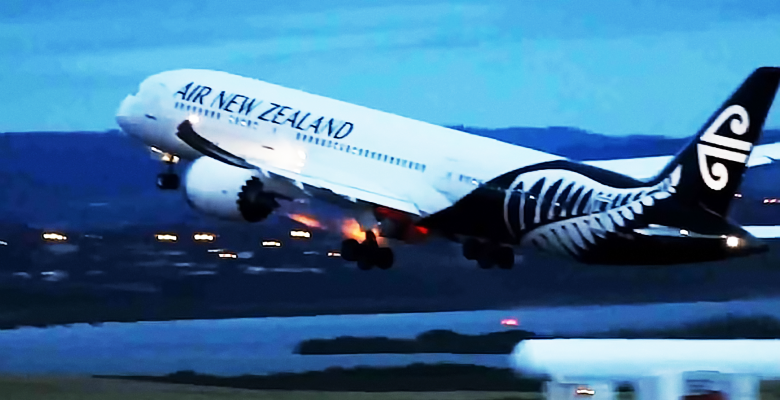 Many flat earth people claim it is not possible to fly directly from Auckland to Buenos Aires in about ten hours as it appears you should be able to on a globe as the distance between these cities is far greater on the flat earth map.

During the past few years there have been many claims on the internet that the earth is flat. Many are “true believers” and to them the earth IS flat, beyond any question of doubt. Of course they can believe whatever they want to but this does not make it true and we should be able to test their theory.

The flat earth map is a projection of the continents onto a flat circular plane with the North Pole in the center and the continents spread around the North Pole. According to their idea there is no South Pole, because a circle can only have one center, so instead of the South Pole they have put Antartica all the way around the edges of their circular flat earth. Antartica forms an ice wall around the edges holding the oceans in their place.

In many ways this can be compatible with what we experience in reality, for example if you go North on the flat earth map you will end up at the North Pole, if you go South, no matter where you go you will end up at Antartica. If you want to travel around the equator for example, East or West, you can do it, it would appear that you were circumnavigating the planet, you can travel east or west and end up back in the same place where you started. So far so good. But their are some serious problems which we will explore in these FlatEarthFacts.com videos.

So many flat earth people claim it is not possible to fly directly from Auckland to Buenos Aires in about ten hours as it appears you should be able to on a globe as the distance between these cities is far greater on the flat earth map.

To try and understand exactly where the plane was flying I set my phone to log all the sensor information it could get for the flight. Unfortunately on the flight to Buenos Aires the phone could not pick up any GPS signal but on the return flight I was able to get GPS coordinates for at least part of the flight. The readings from the other sensors like direction, altitude, speed, etc worked and were logged for both flights.

The sensor logs for both flights are included in the article linked in the description of this video. feel free to analyze them yourself and let me know what you find in the comments.

So I left Auckland on the evening of December 11, 2017 and arrived in Buenos Aires approximately 12 hours later. the return flight from Buenos Aires to Auckland on December 24 only took about 10 hours to reach Auckland.

You can see here the GPS data I was able to collect on the flight from Buenos Aires to New Zealand plotted on Google maps. It is incomplete but these are actual GPS coordinates recorded and logged by the phone on the flight. So the route according to the GPS coordinates does appear a bit different to the route they show on their flight information system but it is flying in a way consistent with the earth being a globe but totally impossible on the flat earth map.

The conclusion is flights in the Southern Hemisphere, like the ones I personally went on between New Zealand and South America, certainly are real and only take 10 to 12 hours. This is consistent with the earth being a globe but impossible on the flat earth map unless the planes were flying at more than twice the speed of sound, which we are quite sure they are not.

So this information proves that the accepted flat earth map is definitely incorrect.