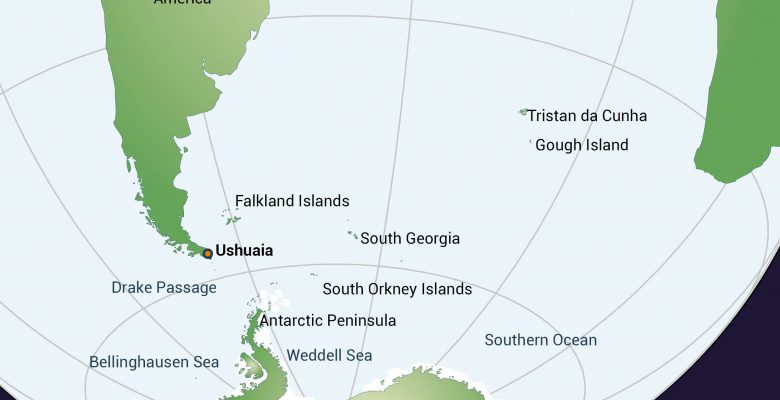 Time-lapse video of the sun at Ushuala in Argentina, South America, December 21, 2017.

Believers in the flat earth theory have a “Flat Earth Map” that puts Antartica around the edges of their flat earth with the sun in the center. This arrangement necessitates that it would not be possible for the sun to appear for 24 hours a day during December, the “midnight sun” phenomenon that is well known at the South Pole.

In fact, according to the Flat Earth model, the sun would have to always remain in the Northern half of the sky in Antarctica. However in this time-lapse video from Ushuala, the southernmost point of South America, we can see the sun rotating around almost 360 degrees. It does set in the South for a few hours and rise again, still in the South, which would be totally impossible on the map being promoted by the flat earth people.

This time-lapse video is consistent with the model of the earth as a globe and proves the map most flat-earthers currently believe in can not be correct.

During December of 2017 I visited the southern most tip of South America which has a latitude of 54.8 degrees South.

This is the place where tours to Antarctica leave from.

I am located about a kilometer in on the top of one of the buildings.

This is a time-lapse of the sun. We are looking towards the north.

So if the flat earth map is correct the sun must always stay in the Northern part of the sky when viewed from the southernmost tip of South America.

On the flat earth map it would be impossible for the sun to appear in the South here. This is why most flat earthers do not believe that Antarctica experiences 24 hours of sun in December. They believe, based on the flat earth map, the sun must stay in the north.

Now the sun has set in the South, but we can see where it is and the camera is still tracking it.

Now we are seeing the sun rise again in the South after only a few hours.

We know the sun is over Australia yet we are seeing the sun by looking South from South America.

This is what we would expect to see on a globe. But this is totally impossible on the flat earth map.