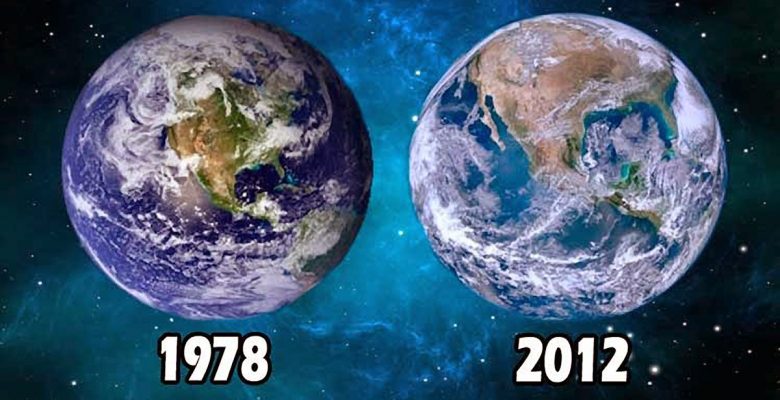 It seems NASA can not make up their minds what the globe earth should look like. Check the radically different sizes of the United States on the globe earth in these two official NASA “photographs”. One taken in 1978 and the other in 2012. During that time somehow the United States has grown enormously and in 2012 takes up almost twice as much space on the globe than it did in 1978? This is not possible of course. It means either one or both of these NASA “photos” are fakes.

NASA is doing a great disservice to the world in presenting composite Photoshoped images as being actual photographs of the earth from space.

Why not just take honest photos and provide us with the raw unprocessed unenhanced images?