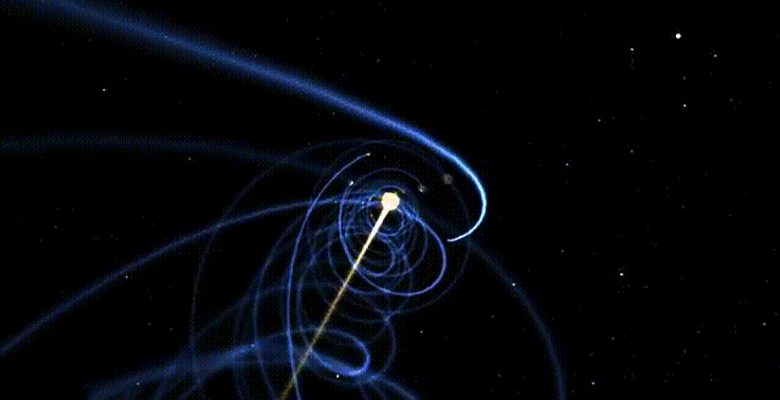 We can not detect any Movement of the Earth

The problem is on earth we are unable to detect any movement of the planet. If the location of the earth is actually constantly changing that should change our view of the stars and we should be able to tell that we are moving. This problem was somewhat addressed by the creators of the globe earth theory by making the arbitrary decision to invent light-year distances and to place the stars so far away that even though the earth is moving through space rapidly compared to the fabulously distant stars the movement of the earth becomes insignificant and therefore we can not detect any movement by looking at the stars.

Movement of the Earth must create Measurable Forces

But all these simultaneous motions in different directions and rotation must combine to exert measurable forces on the earth and objects on the earth. We should be able to measure these forces if the earth is actually moving. But we can not measure any movement of the earth, rather the earth appears to be ‘solid as a rock’ and firmly and permanently fixed in its place.

The following description is from: Ask Ethan

So now we come to the motion of the Solar System through the galaxy.

Consider how dishonest so many features of this image are. First off, the planets, at any given point in time, all are actually in the same plane. There is no lag at all, with outer planets farther “behind” the Sun than the inner ones in any sense.

Second off, consider the actual speeds at play here. Mercury — the innermost planet — is the fastest-moving one in our Solar System, orbiting the Sun with a mean speed of 47 km/s. That’s pretty fast; it’s about 60% faster than Earth’s orbital speed around the Sun, nearly four times as fast as Jupiter and some nine times as fast as Neptune, which orbits at a paltry 5.4 km/s. Meanwhile, the Sun moves through the galaxy at a speed of 220 km/s.

If we scale out the motion of the Solar System around the galaxy, and look at how the planets move to scale, this is what we’d see.

So imagine this whole system — the Sun, all the planets, the asteroids and comets, too — moving at very large speeds at an angle of about 60° with respect to the plane of our Solar System. That would be an accurate representation of our motion. More like this:

Combine all that together, and you get this much more accurate picture, courtesy of Rhys Taylor.

2 Replies to “Can’t Detect Movement of the Globe?”