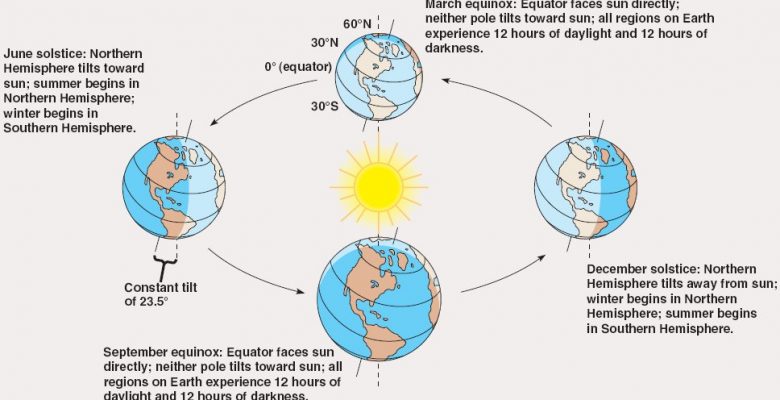 Flat earthers argue that on a globe earth the days and nights would always be of equal length. This is insanity and a complete lack of understanding of the globe model. The globe model does a very good job of providing us with a logical explanation of the different lengths of the day and night and the changing of the seasons.

It may well be that the globe earthers model of the earth spinning like a top at various angles to produce the seasons is incorrect. But it is a logical description of a system that could produce different length days and the seasons we experience on earth. It does account for different lengths of day and night throughout the year and the changing of the seasons [through the change in the length of the day and by making the sun appear higher or lower in the sky]

This theory may be incorrect and it does seem unlikely that the earth would be a globe spinning on its axis tilted in this way as we do not see any of the other planets acting like this. But you have to admit it is an ingenious system and give credit to the creators of the globe earth model for dreaming it up.