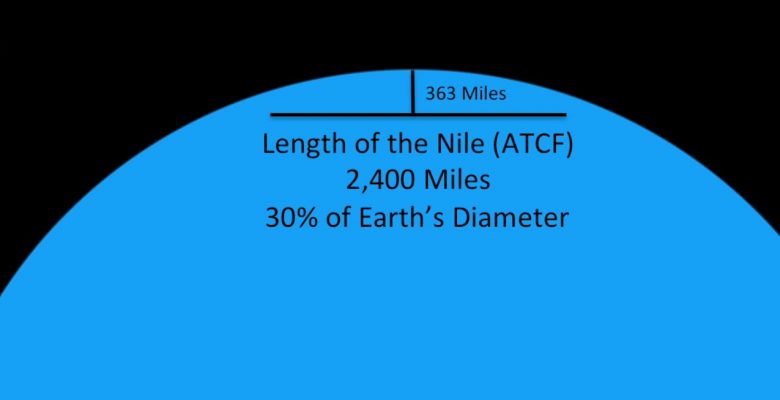 The assertion “If Earth were a giant sphere tilted, wobbling and hurdling through infinite space then truly flat, consistently level surfaces would not exist here.” seems reasonable enough. Of course the answer by globe earth people is that gravity magically neutralizes all the forces caused by the globe earth’s movement and rotation in multiple directions simultaneously. But this is not science, but faith in some magic unexplained and not yet understood force we call gravity.

However other points made in this section by the flat earthers are not solid. To investigate the globe earth model we have to at least accept the basic assumptions of the model and globe earth model presupposes there is a force, gravity, pulling everything to the center of the earth. This may or may not be true. But to test their model we have to presume this force exists. So if this force does exist on a globe earth that would nullify the presumption that on a globe earth many rivers would be flowing uphill. On a globe earth elevation is measured as distance above sea level and, according to their model uphill and downhill are measured in terms of the distance above sea level, the curve of the earth is irrelevant and does not need to be taken into account in civil engineering projects [railways, canals, etc].

So the conclusion is although the globe earth model does not account for our inablility to measure the forces resulting from the earth being “a giant sphere tilted, wobbling and hurdling through infinite space”, it does give a reasonable and logical [although not necessarily correct] explanation allowing gravity, a force pulling everything towards the center of the globe earth, to effectively make the curve of the globe earth appear to us to be flat for all practical purposes.

31 Replies to “Rivers, Railways and the curve of the earth”